Burt Wilson is a philosopher, writer, broadcaster, musician, video producer/director and a former member of the Board of Trustees of The Philosophical Research Society of Los Angeles, founded by Manly Palmer Hall. He currently lives in his home town of Sacramento, CA, where he is a manager at ATV Video Center, a video production and sales facility.

Wilson has had a long and varied career in public service, beginning with the formation of the Watts Revitalization Corp in 1966 after the Watts riots. Wilson's non-funded, all-volunteer organization worked with Watts Community members for six years to improve conditions in the riot-torn area. During that time, Wilson was a member of the board of 11 different black organizations. His work attracted national attention and was praised by then Senator Robert F. Kennedy as an outstanding example of volunteer community involvement. 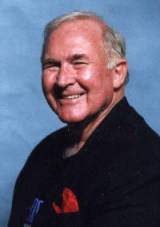 In 1969, Wilson also was on the Steering Committee of the West Coast Vietnam Moratorium Day rallies which focused public attention on the illegal and futile war in South Vietnam. This was the beginning of his on-going role as a peace activist.
In 1970, Wilson was asked by the Taos Indian Pueblo in New Mexico to help in their struggle to gain title to their sacred Blue Lake lands and prevent a government take-over of this religious sanctuary. For his successful efforts, Wilson was awarded a ceremonial blanket and made a brother of the pueblo. His name was spoken in Native American kivas throughout the West.

1973 found Wilson working in Coachella with Cesar Chavez during the grape strike. Working out of the UFW Union Hall in Coachella's grapefruit-growing area, Wilson helped organize farmworkers and did publicity and PR for the Union.

In the mid-70's Wilson became the co-coordinator of CAUSE (Campaign Against Utility Service Exploitation) a coalition of 29 different consumer and activist organizations which was successful in fighting an advance payments plan by ARCO and the Southern California Gas Company. They secured a hard-fought victory that forced the gas company to return $1.8 billion to its ratepayers. In the wake of this victory, CAUSE turned its attention to Pacific Bell and forced the phone company to stall information rate raises for over a year and then exposed the phone company's giving out of unlisted numbers to unapproved agencies including the CIA.

Running for State Assembly in 1977, Wilson lost an open race. He was later elected to the Los Angeles County Democratic Central Committee and also to the Southern Vice Presidency of the California Democratic Council. In the early 80's he played a major role in the defeat of the Peripheral Canal proposition which would have diverted Northern California water south by means of a gigantic cement ditch running from Stockton to Sacramento.

In 1984, Wilson was among 108 community activists in a successful ACLU suit against the Public Disorder and Intelligence Division of the Los Angeles Police Department for illegal surveillance. The suit was settled by the LAPD for $1.3-million. He has always been amused that his work for consumer justice was considered by the police to be a threat to the community.

Wilson has appeared as a Guest Artist in a number of Dixieland Jubilees over the past 30 years and is mentioned in "Jazz West" for leading the first Dixieland Band ever to play at the first Shakey's Pizza Parlor in Sacramento. He plays trombone and piano. 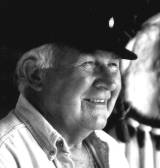 Spending most of his career in advertising and television production, Wilson has won four "Telly" awards for his commercial video work. As a broadcaster, Wilson had a public service program, "What you can do for your country," on KLAC and then-KMET for years in Southern California and was awarded a Columbia University "Maj. Armstrong" Award for the best FM public Service program in the US. He also conducted a twice-weekly talk show on KPFK and hosted a weekly TV program on PBS, Ch 63 in Los Angeles. At various times he has been a columnist and contributor to the Los Angeles Free Press, The LA Vanguard and has had Op-Ed pieces published in the LA Times and throughout the country.