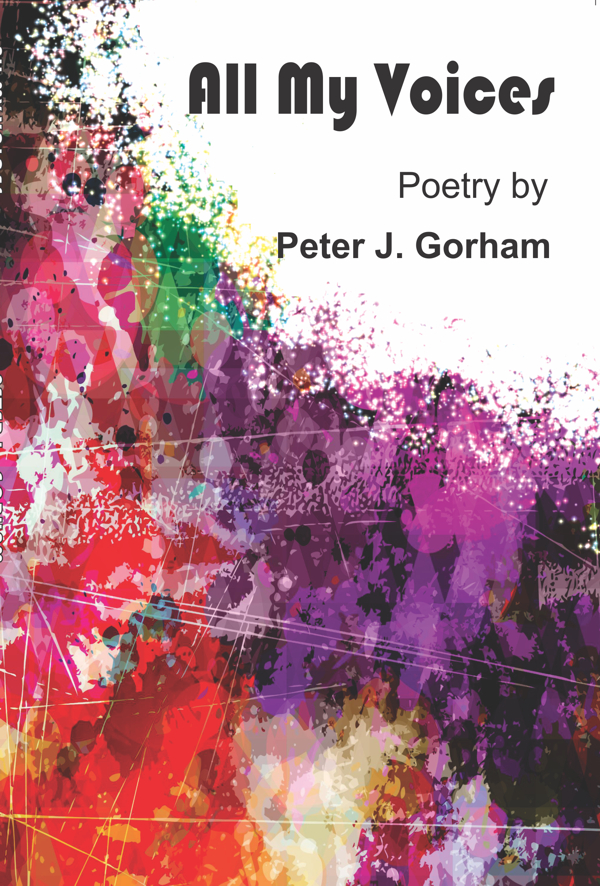 All My Voices is Peter Gorham’s sixth book. He published his first book,  Blainie’s Carpet Barn,  at age sixty-seven.

For purchase or information e-mail peterauthorpjg@gmail.com 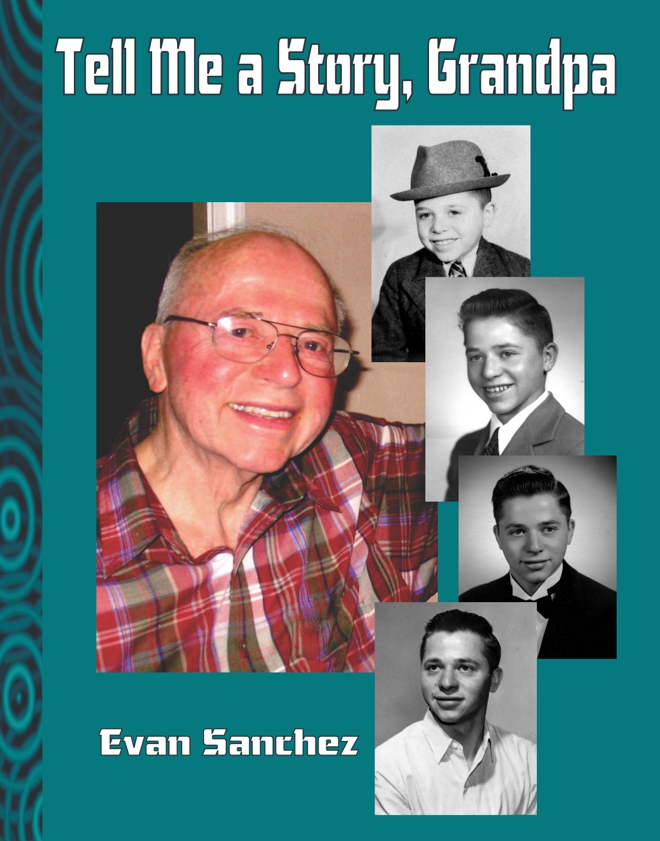 Tell Me a Story, Grandpa

Evan was born in 1930 during the Great Depression. Leaving Walsenburg, Colorado in 1943, his parents packed up the family and traveled to Oakland, California to work in the shipyards.

Evan attended St. Joseph’s High School in Alameda where he developed his leadership skills. In 1948, he entered the University of California at Berkeley where he received a Bachelor’s and a Master’s Degree in Criminology. His social life included joining Newman Club where he was President.

On July 30, 1955, Evan married the love of his life, Caroline. They have five beautiful daughters and many grandchildren and great-grandchildren. The year 2020 marks 65 years of marriage.

After retirement Caroline encouraged him to join her in attending writing classes. After many years of enjoying telling stories to his grandchildren, he decided to share his life with the rest of the family. 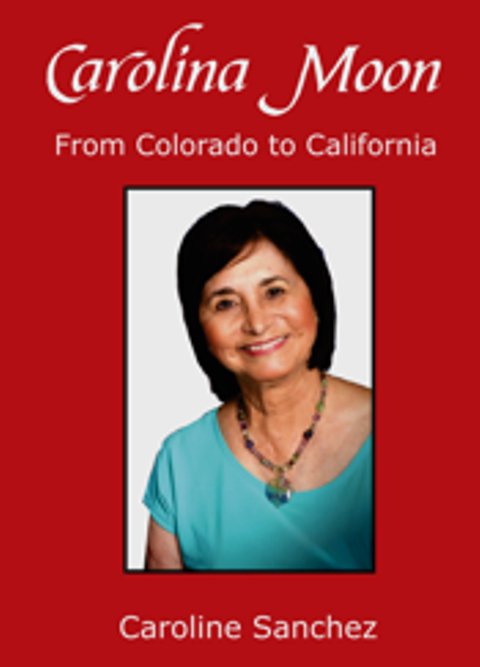 Caroline was raised on a farm in Colorado. During World War II, her parents worked in the shipyards in Oakland, California. Her aunt and uncle stepped in to raise the three daughters on the farm, thus becoming a second set of parents. To help out at the farm, Caroline began driving a tractor at the age of 10, thereby learning early in life that women can do as well as men if given the opportunity

Caroline’s education started in a one room school house in Colorado with 10 students. After she married she completed her last year of college at the University of California at Berkeley with 30,000 students.

Caroline and her husband, Evan, made their home in California where they raised five daughters together; retaining the lessons she learned on the farm

These stories were written over the last 23 years as part of a creative woman’s writing group. Her story is a chronicle of the Great American Dream. 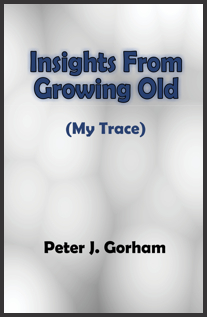 The Old have seen it before: the unrealized promises, the ideal solutions that don’t translate, the mistakes about Human Nature. Their Vision is grounded in reality. Still, they remain hopeful. And wise.

The “pieces” in this book are loosely related. I have made a certain attempt to assemble them naturally; but for the most part, they are indulgences borne of insights I grabbed by the tail and held onto before they slipped away from my consciousness. Some of them depict moments of vivid and unforeseen change which obliterated the perception that preceded them.

Really, this is an attempt by an old man to trace his life in a small book inspired by years of having read paragraph-long obituaries, and having realized how sad it is that we all vanish from this earth forever, with nary a trace.
This is my trace. 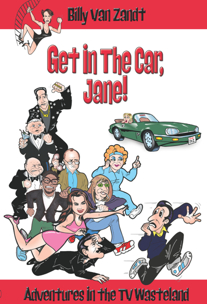 Get in the Car, Jane!

Adventures in the TV Wasteland
by Billy Van Zandt

Get in the Car, Jane! is part behind-the-scenes gossip, part textbook, all truth.

A funny, insider’s look at Hollywood as well as an invaluable and insightful guide to writing and producing sit-coms, Get in the Car, Jane! is a book for everyone who’s ever been passionate about their work and frustrated with the obstacles they need to overcome just to do their job. 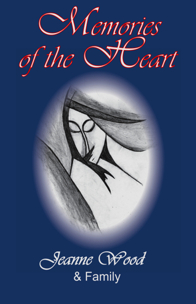 Memories of the Heart

Memories of the Heart is a collection of poems written by children, grandchildren, foster children, my husband and myself.

I enjoy writing poems that tell a story and at the end gives the reader something to think about. Many of my poems are written from my deep inter feelings or experiences.

I often wake up in the morning going through the house making up songs, rhyming and “trying to sing,” when an idea just pops in my head. Of course the end results turns out completely different, but it keeps my mind creating.

Jeanne Wood lives in Sunnyvale California. She is the author and illustrator of children’s books including The Last Leaf, Not My Skin, How Teddy Bears Came About, The Hero of Paris Valley, Emily’s Story based on a true story, Talking to You and two novels, The Missing Note and Drawn by Force.

She is also an artist and writes poetry and song lyrics.

Jeanne has received the Honorary Service Award for her outstanding work with children and in the community. She and her husband Howard have taken in thirty-five foster children and have two sons of their own. 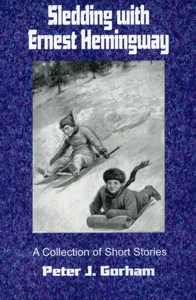 Sledding with Ernest Hemingway will take you from New England to Florida to the Deep South to Minnesota to Colorado and beyond, in thought provoking stories of the human condition. Peter Gorham brings insight into the confusions and realities, the love and the truth of life, and its humor. 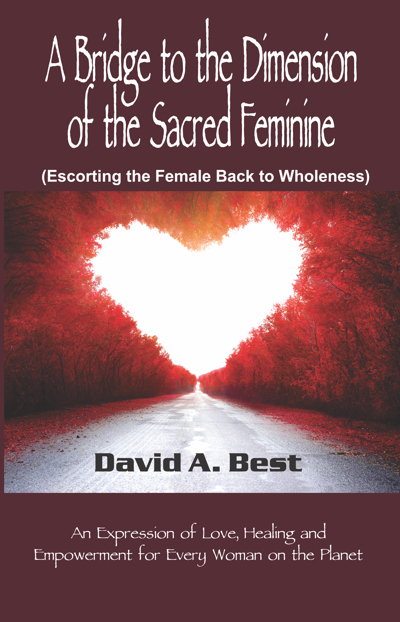 A Bridge to the Dimension of the Sacred Feminine

(Escorting the Female Back to Wholeness)

An Expression of Love, Healing and

Empowerment for Every Woman on the Planet

A Bridge to the Dimension of the Sacred Feminine (Escorting the Female Back to Wholeness) is an Event that has been presented to women and men from all over the country. Now it is being made available in book form. Through the words in this book, You will bathe in the energies of Love and Harmony. You will sit in the Field of Creation and return to Your Original self. In this place, there will be forgiveness and a releasing from the role You have taken on in this incarnation. You will trade Your coat of abuse, not being seen, not being heard, competition, jealousy, outward beauty, and suppression, for a new coat. A coat jeweled with Love, Honor, Respect, Acknowledgement, Diamonds, Rubies, and Pearls; weightless and full of Light, taken directly from the Throne room of Source. You will remember Your Majesty and Grace, Your Inner Beauty, and Your Essence, which is the Creator of All That Is. Now You will feel Yourself at home and in all Your Power, totally free and ready to join in partnership with the Divine Masculine who has awaited Your return. You are the Power and we are the Love. Please take my hand and we will Fly, Fly, Fly… Through these words I will show You how I SEE YOU, I will show YOU HOW LOVE SEES YOU. And through the power of the Divine Masculine Presence, You will feel safe to open Your Heart. I will hold space and seal Your Initiation into the Dimension of the Sacred Feminine. This is a book that every woman should read! It is powerful and moving, and after experiencing it, You will never be the same. 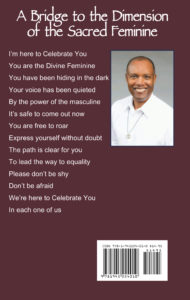 Available in paperback and hardbound.

Now Is Forever Indochina is the start of an adventure that weaves its way through some of Asia’s most intriguing countries. After Indochina, Hong Kong, Japan, and the beautiful Ryukyu Islands await you. Don’t delay take the first step and climb aboard for the journey to Indochina. You will experience firsthand the drama and emotion that drive the characters into danger and each other’s arms.

World War II has just ended. From the chaos and tragedy enveloping mankind, a collective sigh amid renewed hope signals the way forward. Recovery begins, except in Indochina, where war rages on. World domination is no longer the issue. Instead the political spectrum narrows: the adversaries are a rebellious indigenous population and an old colonial power bent on regaining lost empire. A story as old as man. But now, in 1947, it is a modern day drama played out in the jungles of the fledgling country of Vietnam, pitting the rebel forces of newly declared President Ho Che Minh against the country of France, which has held dominion over these lands and people since 1880.

The defeat of the Japanese left a power vacuum that Ho rushed to fill with his Viet Minh fighters, who far outnumbered the remnants of French colonialism. A disillusioned, but experienced, young American Marine injects himself into this volatile mix of war and emotions by joining the French Foreign Legion in Saigon. His elevation through the ranks enmeshes him in battle, while the extremes of war launch him into a search for meaning, love and an unknown destiny.

So begins a journey that in four novels will take you to Vietnam, Hong Kong, Japan and finally the Ryukyu Islands as life evolves and destiny is fulfilled.

The Dream of the Fathers

A Novel of Political Science Fiction America in 2178 is just two years away from the country’s eighty-fourth presidential election. America will never be the same. Decades of change have led the American majority to a date with destiny and one man has been propelled to the forefront of American politics. That man, the one man who will deliver the American dream to the disenfranchised majority, is Senator Steven Hidalgo. But the opposition forces are powerful and practicality has caused them to jettison the cumbersome concepts of ethics and morality for the explicit rewards of success. Their only reality is control and their only chance at continuing that reality is bound within the next presidential election. Welcome to politics in the twenty-second century, where loyalty and trust are heirlooms to a political landscape that takes no prisoners. But woven like a powerful incantation into the social fabric of the oppressed majority is a two-hundred-year-old love story that offers a last glimmer of hope.