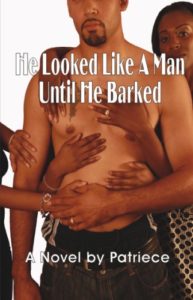 Troy’s charm and money combined, afforded him time in the heart of his choice. He chose Asia, who laid aside four years of celibacy and broke every rule to have his love. Deanna’s heart belonged to Troy after a shopping spree, a night of passion and the ultimate promise. Kelly chose Troy. After all the hell she’d gone through with men before him, Troy would either marry her or pay child support—the choice was his.

A read so captivating I felt handcuffed to the pages.

A novel full of lies, secrets and forgiveness. An unforgettable read from beginning to end.