Sumbrungu — Survival at All Costs 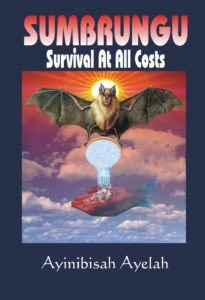 Sumbrungu—Survival at All Costs,,by Ayinibisah Ayelah is fascinating, informative, and beautifully written. Even more, it strikes emotional chords in the reader that leads to deep empathy with the narrator. That every word is true makes the book even more powerful. It has been a revelation to me to step into another’s life, in a world so different from mine and yet so similar in many ways.

Children are children the world around, and Ayinibisah’s persona in the story is so endearing, so courageous, so determined, so honest and innocent, that he is one with all the child protagonists of literature and memoir that Western readers have always admired: Tom Sawyer, Jim in Treasure Island, Mowgli in The Jungle Book, Oliver Twist, and so many others who see with the eyes of a child but feel and survive with the heart of a lion.

The story transcends cultural differences and presents the eternal story of struggle, not just to survive, but to overcome and to celebrate and realize one’s full potential. It is a magnificent achievement, but then so is his life!

The Power of African Traditionalism is alive and well
By Ras on September 23, 2015

Brother Ayinibisah has written a poignant story. A story which gives us insight into the transition of some traditional Africans into western education. As well as the effects of Xtian proselytization on the traditional African populace. His story is of the caliber of: Of Water and Spirit by Malidoma Some, or Indaba My Children by Vusamazulu Credo Mutwa.

Sumbrungu: Survival At All Costs also helps to bring home the true power of African Traditional Religion and Culture. It helps reveal what Mwalimu K.Baruti said on the C.O.W.S radio program. Africa has many, many ethnic groups but it has one culture and that culture is African. The fact that the religion of Baghakaabku (Worshippers of the Tekhen or Obelisk) is the religion of his people helps to solidify this truth. People of the Hapi (Nile) Valley spread all over the continent and these religious and cultural practices have never died. All Africans across the continent and those exiled as Prisoners of War (the Maangamizi, The Arab and American slave trade) are the true inheritors and descendants of the greatest expression of human spirituality, culture and technological advancement ever recorded by man, Nile Valley High Culture.

This book also helps us to understand the effects on the ground of the multiple coups attempted against the life of Osagyefo Dr Kwame Nkrumah. Maakheru Gus Ayinibisah Ayelah is a survivor in every sense of the word and a great representative of his people and All African people. He tells his story with wit, humor, incredible candor and self analysis. His memory is impeccable. May we always now and forever tell our own story. May the Ancestors and Naayinne (Imin Ra) be praised. All Africans at home and abroad should have this book in their library.