A collection of poems reprinted in several anthologies.
Includes the following poem:

“The material for this group
was secured
near Eagle Peak, Modoc County,
California.” And here they stand,
hooves nailed firmly to the floor,
white tails motionless,
antlers poised and ready,
living out the long calm days.
Patiently, they scent the deadened wind;
tirelessly, the huge ears lift to catch the rustle
of painted leaves. If now and then
a strange remembrance of living woods
should glitter in some stony marble eye
the visitors do not notice.
They pass in whispers, marveling
how skilled the artist was.

Lets us know how to be a success with our first Home Craft show. Arts and Crafts and Home Boutiques are fun, exciting and profitable—if they are well run and organized. In this informative book, the author shares a wealth of information, insight and do’s and don’ts, gleaned from her twenty-five years of holding successful Craft Faires.

Finally! A dynamic challenge to both Biblical Creation and the “Big Bang.”

The core of The Third Theory is the account of Creation according to the Ancient Wisdom taught in the ancient Mystery Schools. It rebuts Science’s long-cherished premise of the Big Bang and contradicts Religion’s concept that some extra-cosmic Supreme Being called “God” personally created the heavens and the earth. More importantly, being free of Religion’s philosophic absurdities and Science’s philosophic prejudices, The Third Theory has complete religious, scientific and philosophic integrity.

Read reviews of The Third Theory

Yo! Joey! by Joseph P. Batory is a collection of colorful career highlights from one of America’s most outspoken school superintendents. Joe Batory takes his readers on a whirlwind ride of multiple confrontations and wondrous joys in a book about public education like none other. Hostile taxpayer groups, State governors, corporate America, the news media, the Washington (DC) and Pennsylvania bureaucracies, clerics, Nazis and even Howard Stern…Joe Batory publicly battled all of them during his 15 year run as superintendent of one of Pennsylvania’s largest and most diverse school systems. His narration takes turns being funny, irreverent, angry and tender, and is often didactic. It bares the soul of a leader. 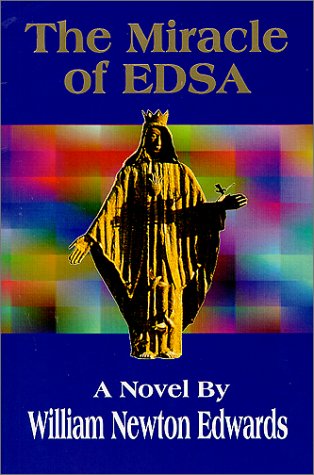 The Miracle of EDSA

The Miracle of EDSA is a story of a mother’s love, a people’s struggle for freedom, and the many Miracles which took place at a time of both near-civil war and religious devotion. When Leigh Jackson, a beautiful Filipina-American nurse, is told by her sister that the child she thought died at birth is still alive, a grown man, she travels back to the Philippines in search of her son.

Her ex-lover, Dan, comes back into her life, and they rekindle a passionate love affair. Miguel, the fierce guerrilla leader, makes Leigh an unwilling part of his small band, where she nurses the sick, but must also fight for her life in hand-to-hand combat. General Navarro, Leigh’s evil antagonist, causes her and countless others to suffer torture in his infamous dungeons. Virgil, Leigh’s heroic young nephew, who believes that prayer can stop tanks, leads the non-violent resistance to the government. Marci and Paulita are courageous women freedom fighters who prove that not only men can risk death in a great cause.

This powerful tale of miracles great and small is based upon real events that took place during the Filipino people’s uprising against tyranny. As Leigh searches for a second chance at motherhood, and a renewal of the deep love she and Dan had once known, she learns to fight, to survive, and most importantly of all, to believe. The result of her quest is a symbol of peace and redemption in the midst of war.

“Miracle of EDSA” is about an American nurse who goes to the Philippines in search of her long-lost son – only to get caught up in a guerilla uprising. Corman is eyeing Sigourney Weaver for the lead, with Francis Doel writing the screenplay. 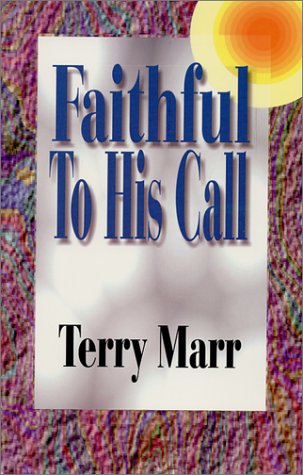 Faithful to His Call

Faithful to His Call by Terry Marr is the story of how a young woman, her husband, and her children came to carry out the purpose that God had for them. Terry Marr felt the presence of God from an early age. She knew that the Lord had a plan for her life, and she strove to be alert to His messages and to be ready when He called. There is a void in the life of many people which school, work, material success, even loved ones and friends do not fill. Through this powerful and frank story of her own Call and her Response, the author presents a way to become spiritually fulfilled, for those who are seeking meaning, and for those who may not yet know how empty their lives have become.

Terry Marr’s relationship with God is an intensely personal and dynamic one. In turn, she has ministered to others in the same loving and personal way. As her husband and pastor, L.C. Marr, Jr. says, “This is a book about the birthing of a relationship with God, about visions and the gifts of the Holy Spirit, but mostly it’s about recognizing and appreciating the presence of God.” Not all readers will be able to follow exactly in Terry Marr’s footsteps…each person has his or her own unique gifts and contribution to bring to the world. But every reader will find inspiration and hope in her story, and the courage and incentive to find the way to be Faithful to His Call.

These and other questions are addressed in this exciting new book by Jeff Shreve, Knowing God: Recapturing Your Destiny. Jeff explains how we were created for the express purpose of walking and talking with God. Taught from the lessons by Israel during the Exodus, Jeff reveals several key tools and methods for jump-starting your fellowship with God. Jeff’s down to earth writing style invites readers from all walks of life to return to the presence of their Creator and learn first-hand what they were created for. 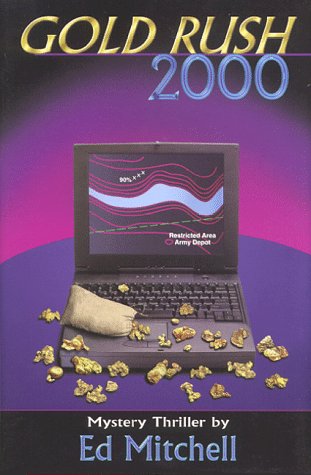 “A great presentation of the character of modern gold hunters. This is as close as you can get without experiencing the discomfort and arduous tasks miners endure to uncover gold in this century.”

“Authentic and exciting from page one. Gold Rush 2000 captures the spirit and independence of the modern prospector. This adventure allows the treasure hunter in everyone to experience the chase for the yellow.” 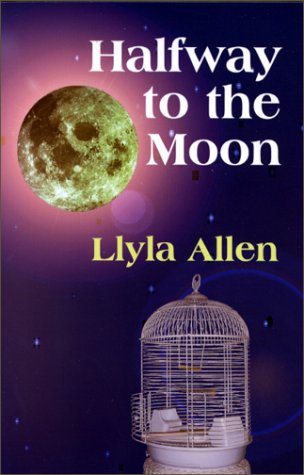 Halfway to the Moon

Behind the sensible brick facade of an ordinary house in Waco, Texas, two angry teenaged siblings are engaged in a particularly bitter exchange. The situation is commonplace in this household. Even the intensity of rage is ordinary, then…suddenly something is completely out of the ordinary. Something is about to change.

Mother has had enough. Having been a lifetime bumbler, always feeling one step behind the human herd, Ellajean Todd finally does what every mother has at one time or another longed to do. She walks out the door. She has “seized the day.” Her story unfolds, along with her peculiar adventures as she travels toward Idaho, the land of her secret dreams. 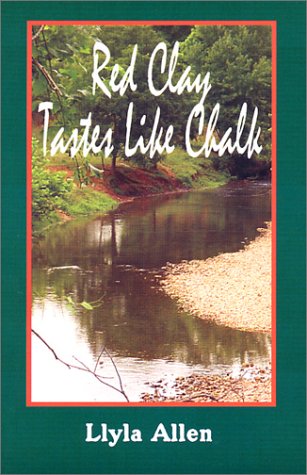 Eight-year-old Cressy is delighted to be spending a summer in the Ozarks. Grandpa’s farm is full of delicious treats, marvelous places to play, and a wonderful neighbor companion, Kevin Gardiel. Then…old Granny Blue begins to tell frightening tales of a ghost that walks along the creek at night, and an evil snake, whose appearance presages tragedy.

Cressy is now homesick, and discovering that things may not always be what they seem. When disaster strikes, the line between right and wrong begins to blur. Truth and lies become tangled and, in the end, may threaten to cast her in a twisted folk legend.

Flash: Lyla Allen, Author of Red Clay Tastes Like Chalk, has been awarded an Honorable Mention for her novel by the national magazine Writer’s Digest Self-Published Books Contest for 2002. Her book was among the top ten of 370 entries in the Self-Published Fiction Category.