The following article was published by a monthly magazine called The Law. It was printed in London around August 1890:

“Women make up half of any nation. No plan of national significance will move forward unless women are consulted. The potential of a woman, aware of her human essence, is to serve in the progress of her society and is equivalent to that of 100 men.

There are many cases of distinguished women surpassing men solely because of their abilities to reason and their wisdom. Their understanding of society’s meaning and privileges is far greater than men’s.”

No Peace can ever be a lasting Peace in the Middle East without full participation of Jewish, Christian, and Muslim women at the negotiating tables. 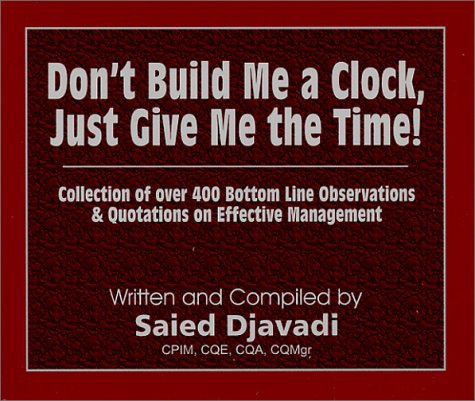 Don’t Build Me a Clock, Just Give Me the Time!

Colonel William Edwards’ Twin Vendetta is a fast-paced tale that moves from the fall of France in World War II to Allied military operations in North Africa, Sicily and Italy, then to clandestine intelligence activities behind enemy lines in France and Germany. It is the story of a young French/Canadian woman’s insurmountable problems in avenging the strafing death of her twin brother by the German Luftwaffe. And it brings out the secret thoughts of a young American man who has taken up the call-to-arms to salve guilt feelings that have overwhelmed him by his German father’s Nazi activities.

The protagonists complement one another as a “two-man” team of Spitfire fighter pilots in combat against German Messerschmitt fighter planes in support of Allied ground operations. Colonel Edwards highlights some of the most profound fighter and fighter-bomber combat of World War II in the Allied war effort against Hitler’s military forces in North Africa, Sicily and Italy. It is also the story of her bittersweet first love with them both fearing the revelation of their innermost thoughts and identities.

She is finally unmasked during treatment for near-fatal wounds, then learns of his secret life when they travel together to war-time Germany on a critical espionage mission. This novel challenges the author’s story-telling gift from beginning to end, and he is up to the challenge. 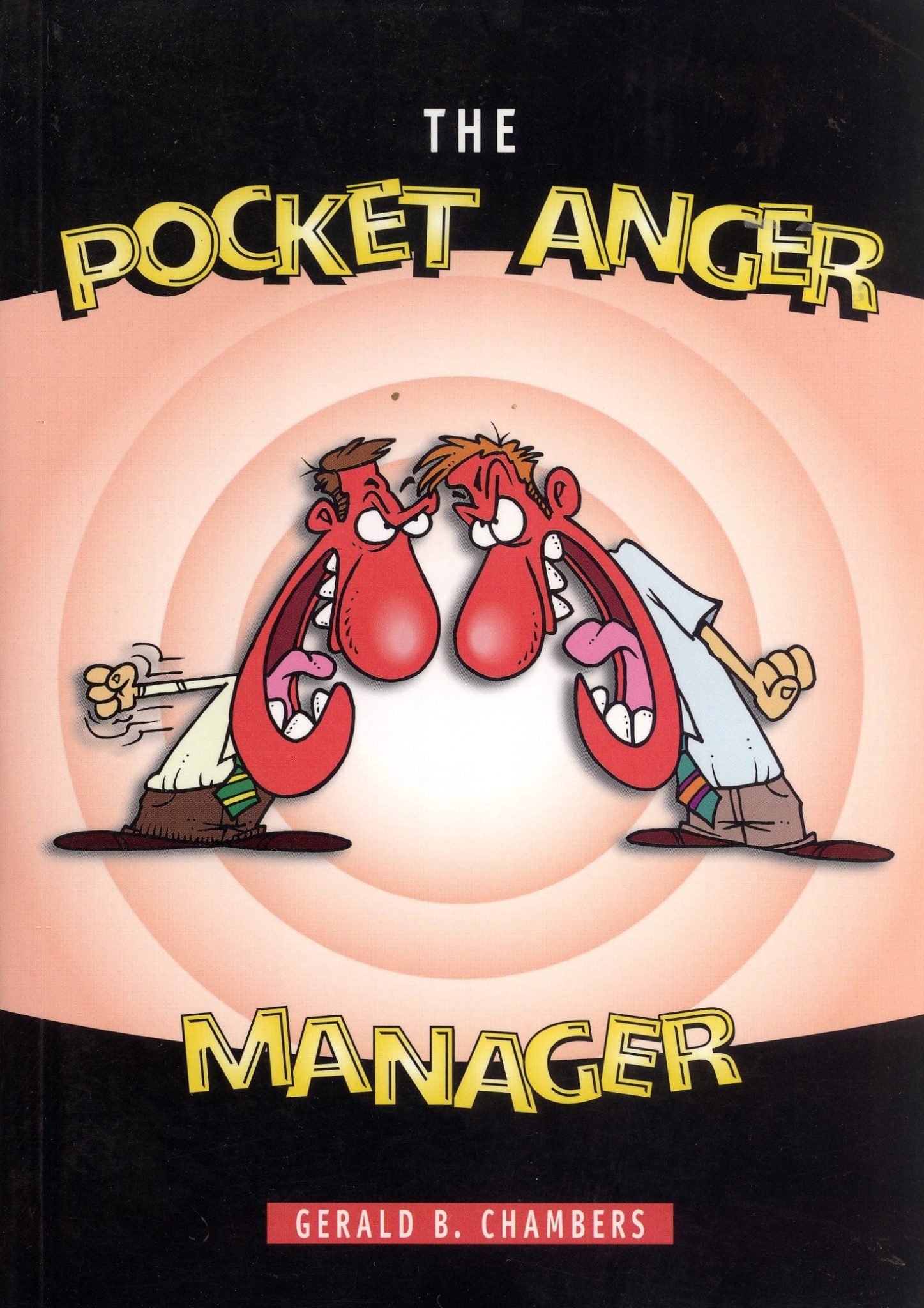 The Pocket Anger Manager by Gerald B. Chambers includes
A List of Feeling Words, A Not to Do List, An Introduction to States of Change, A Time-out Procedure, and An Anger Log.

This lovely book of poetry seeks to place the reader in a serene state of mind, then prompt reflection on the enormous capabilities we have as human beings. Author Zia Oboodiyat refers to these capabilities as the “Treasures Within”. Each poem presents one of these treasures and is accompanied by complementary art created by graphic designer James Lemon. The combination of poetry and art stimulates the reader to explore his or her own interpretation of the feelings induced by each “treasure”.

Zia has a dream. He is working to start a foundation for disabled children; perhaps a sanctuary. He has dedicated all profits from this book to aid in the establishment of this foundation. Others may join Zia in realizing this dream through purchase of this book or by direct contributions. 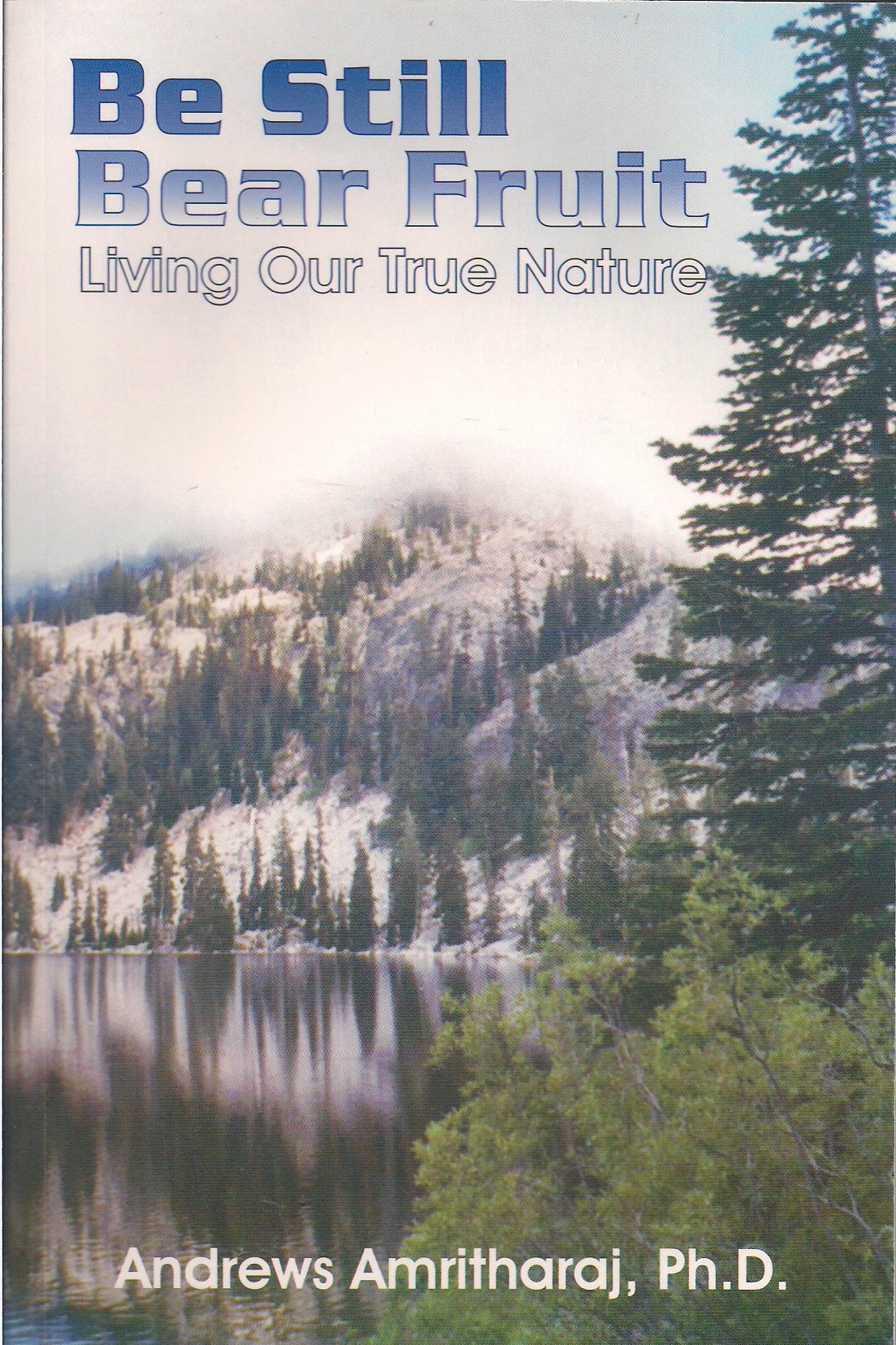 In my experience, one of the greatest struggles for most of us in today’s contemporary culture is coming to know and experience the presence of God in our lives. To do this, we need to be truly still, quiet, present to God. The truth is that God is already present to us. Our problem is that often we are too busy, running in too many directions to notice, to be sufficiently aware, and to make the necessary connections. Meister Eckhart once said wisely: “The very best and utmost act of attainment in this life is to remain still and let God act and speak in thee.” Only when we experience communion with God in quiet and in prayer can we truly live the gifts of the Spirit in word and in deed. Only then can we bear fruit. And bear fruit we must! It is indeed in becoming still and in living authentically that we come to know and live our true nature. How to do all this more freely and with joy is what Be Still ~ Bear Fruit hopes to teach all of us…. It is a book that will help all of us Christians come to deeper insight into the nature of human life itself, to the gift of Jesus Christ in our lives, and to the multiple ways God addresses the human heart. It can also be instructive and helpful for our brothers and sisters of other religious traditions, especially those coming from the East.

From A Spiritual Perspective

This beautiful book speaks of the deepest relationships we have and how life becomes meaningful only if we look deeper than the materialistic culture that surrounds us…From A Spiritual Perspective challenges our cultural priorities that keep us from loving one another and the Lord more deeply. Andrews reminds us that the purpose of life is useless things— things we can’t use like being in love or being at prayer. These are the most meaningful actions of life…This book is filled with wisdom of Eastern and Western spiritual masters and they are united in a common mysticism….Perhaps one of the most surprising, and at the same time, most effective, themes that are treated in this beautiful and practical book, is the theme of death and grieving and how it touches our deepest human experience—the paschal meaning of our lives…The question of the spiritual journey for each of us is “what is the next step?” Andrews has written a book that will help us to see where God is leading us next in our own pilgrimage

More than an autobiography, these pages reveal how God broke through the darkness of a silent victim’s struggle; how she accepted grace and freedom and began to really live, and not just have a life of existence. Written to help the hurt and broken, to let them know they are not alone.

Written for those blessed with healthy childhoods so they may understand how it is for a child living a “normal” life, yet victimized by the world around her. To give knowledge to all readers because without knowledge we cannot know truth.

As a young child, Rainee is molested by others outside her home; her father is an alcoholic before she is ten; and seeds of insecurity, anxiety, and guilt are planted. At fourteen, Rainee becomes emotionally imprisoned by her relationship with a boyfriend who is two years older. She is raped; afterwards, the relationship continues. Low self esteem creeps in and she looses sight of her own beliefs and values. Now sixteen and pregnant, ready to run away, Rainee comes to stand Facing the Sky in a life changing experience with God–an experience that will be forever blazed in her heart. 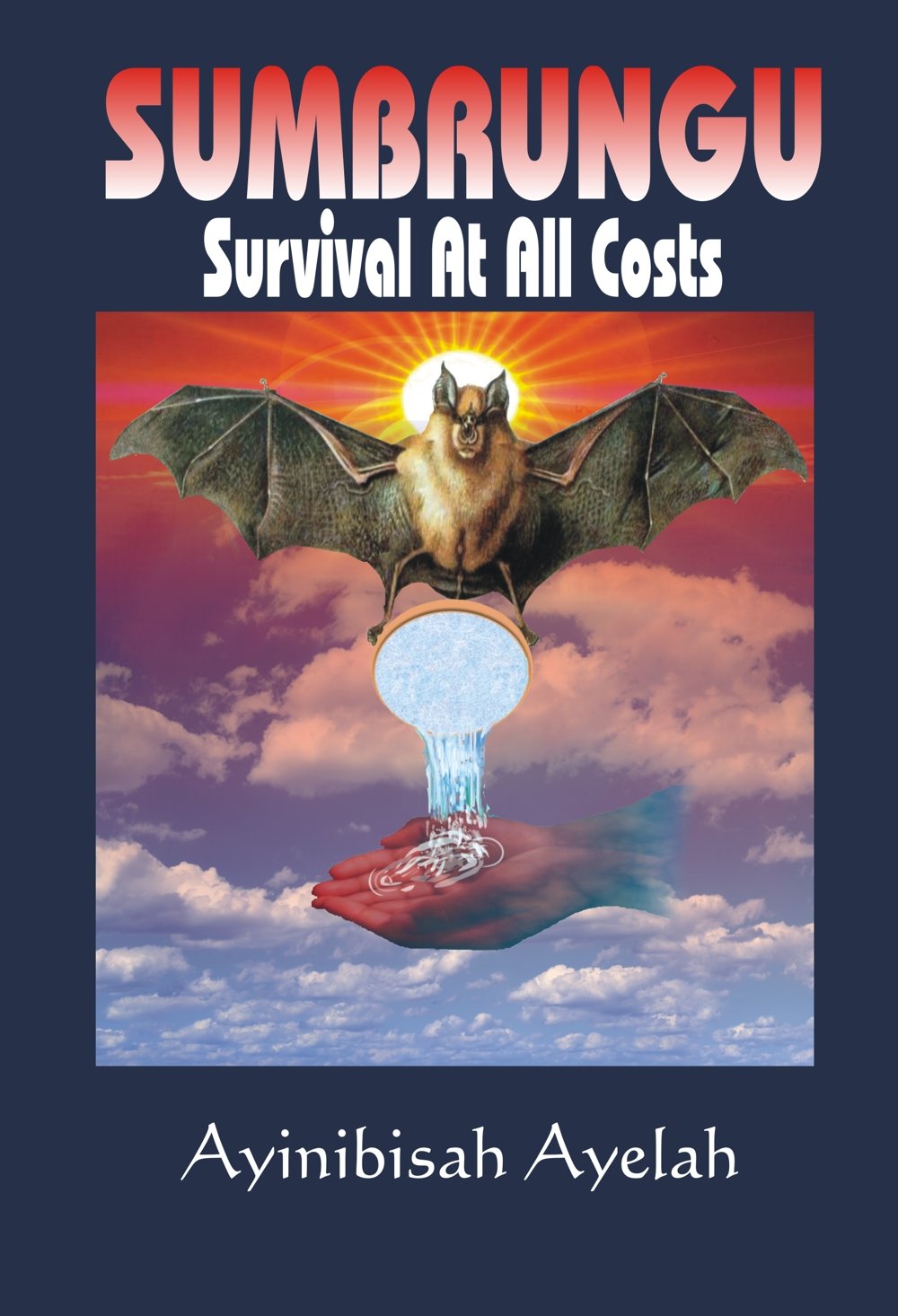 Sumbrungu — Survival at All Costs

Sumbrungu—Survival at All Costs,,by Ayinibisah Ayelah is fascinating, informative, and beautifully written. Even more, it strikes emotional chords in the reader that leads to deep empathy with the narrator. That every word is true makes the book even more powerful. It has been a revelation to me to step into another’s life, in a world so different from mine and yet so similar in many ways.

Children are children the world around, and Ayinibisah’s persona in the story is so endearing, so courageous, so determined, so honest and innocent, that he is one with all the child protagonists of literature and memoir that Western readers have always admired: Tom Sawyer, Jim in Treasure Island, Mowgli in The Jungle Book, Oliver Twist, and so many others who see with the eyes of a child but feel and survive with the heart of a lion.

The story transcends cultural differences and presents the eternal story of struggle, not just to survive, but to overcome and to celebrate and realize one’s full potential. It is a magnificent achievement, but then so is his life!

The Power of African Traditionalism is alive and well
By Ras on September 23, 2015

Brother Ayinibisah has written a poignant story. A story which gives us insight into the transition of some traditional Africans into western education. As well as the effects of Xtian proselytization on the traditional African populace. His story is of the caliber of: Of Water and Spirit by Malidoma Some, or Indaba My Children by Vusamazulu Credo Mutwa.

Sumbrungu: Survival At All Costs also helps to bring home the true power of African Traditional Religion and Culture. It helps reveal what Mwalimu K.Baruti said on the C.O.W.S radio program. Africa has many, many ethnic groups but it has one culture and that culture is African. The fact that the religion of Baghakaabku (Worshippers of the Tekhen or Obelisk) is the religion of his people helps to solidify this truth. People of the Hapi (Nile) Valley spread all over the continent and these religious and cultural practices have never died. All Africans across the continent and those exiled as Prisoners of War (the Maangamizi, The Arab and American slave trade) are the true inheritors and descendants of the greatest expression of human spirituality, culture and technological advancement ever recorded by man, Nile Valley High Culture.

This book also helps us to understand the effects on the ground of the multiple coups attempted against the life of Osagyefo Dr Kwame Nkrumah. Maakheru Gus Ayinibisah Ayelah is a survivor in every sense of the word and a great representative of his people and All African people. He tells his story with wit, humor, incredible candor and self analysis. His memory is impeccable. May we always now and forever tell our own story. May the Ancestors and Naayinne (Imin Ra) be praised. All Africans at home and abroad should have this book in their library.

Their Brother John and Other Stories

The Tree Killer, A Dog Named Red, The Little Duck, The Dog Killer, Their Brother John… These are some of the unforgettable people and animals in this collection of short stories. The stories range from lighthearted to poignant to tragic, but all are as real as life itself, seen through the eyes of a compassionate and insightful storyteller.