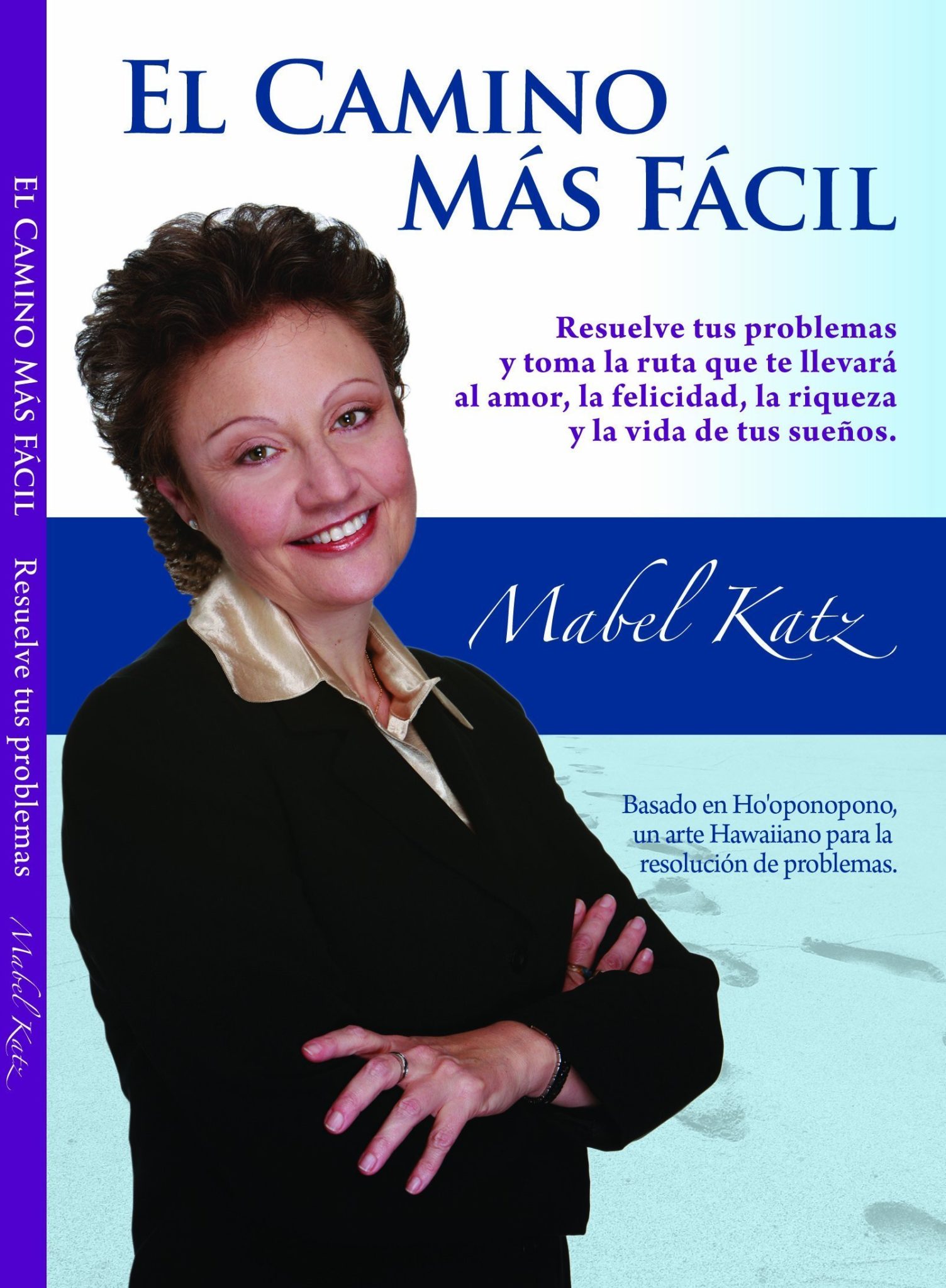 From the Soul of a Woman, Love Shouldn’t Hurt

For many years, Shelton Parker has been a respected community barber in San Francisco. But his life completely changes one day when two police detectives enter his shop and force him to help solve a dangerous case. Once involving clippers and razors, his life now revolves around guns and sex. It’s a wild and dangerous ride for Shelton, but he does it with style. 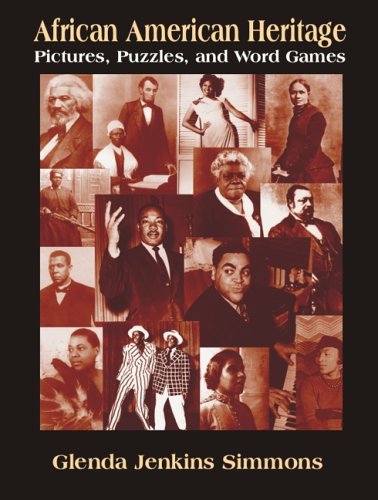 African American Heritage Pictures, Puzzles, and Word Games by Glenda Jenkins Simmons is a combination textbook, workbook, and puzzle book. This book is versatile, and the information is timeless. It is appropriate for the classroom, for after-school programs, or for the waiting room in your dentist’s office. For individuals twelve years and older, this book offers a wealth of knowledge on subjects of African American heritage.

If you are looking for a captivating and different approach to learning black history, you will find it in African American Heritage Pictures, Puzzles, and Word Games. 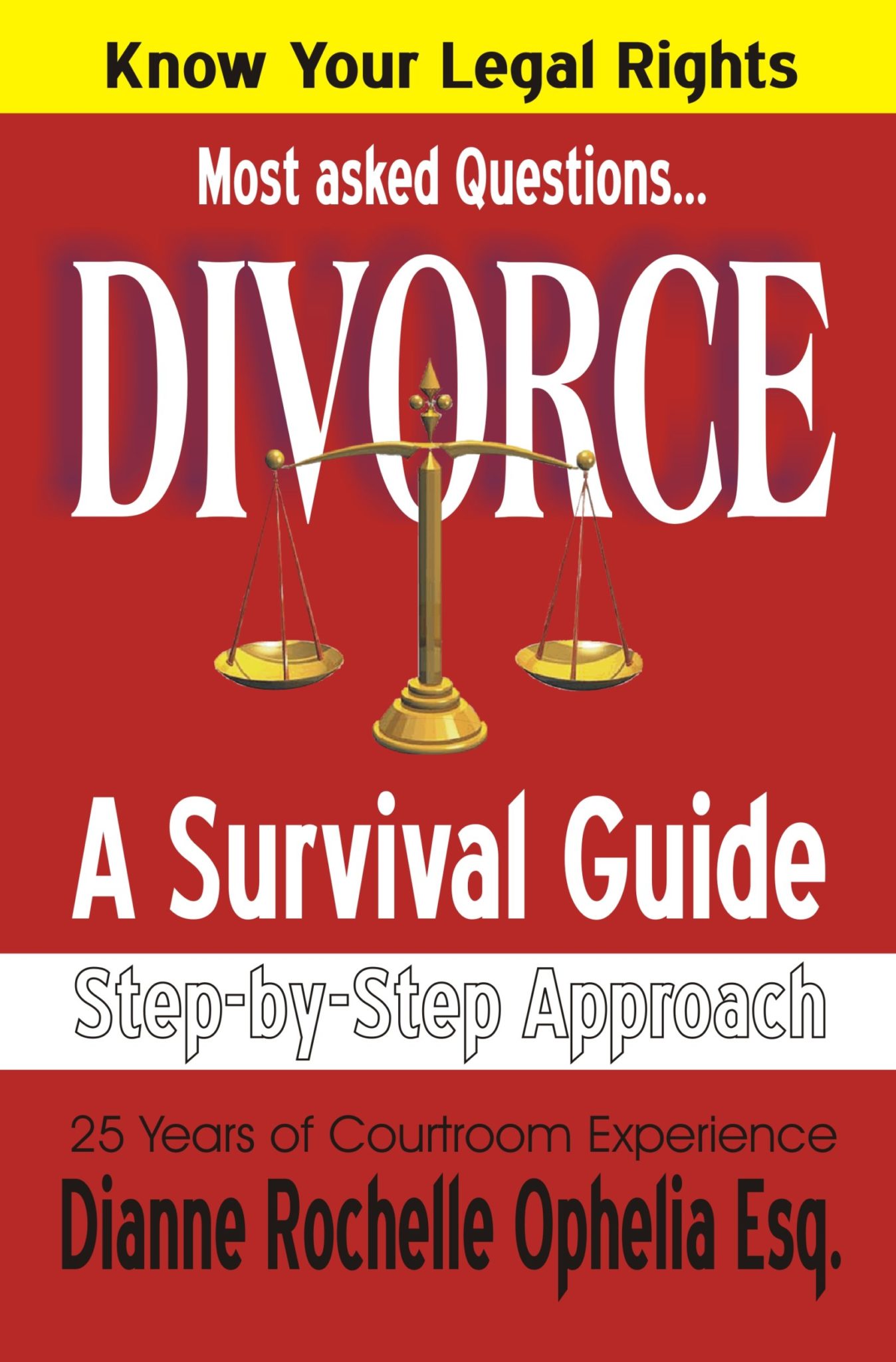 It doesn’t matter why you are getting a divorce, but it does matter how you go about it.

Uncontrolled emotions and misguided information can adversely affect your future and the future of your children.

This unique, no-nonsense approach is designed to give the reader the tools necessary to take a potentially out-of-control situation and find manageable solutions. Find out why so many have found each chapter to be filled with the steps necessary to achieve this outcome.

I started writing this book in 1996 when I was working as a temp in San Francisco, mostly as a receptionist. I was grieving the loss of my brother and took whatever opportunity possible to write underneath the fluorescent lights. My brother’s death rocked my paradigm and forced me to face the impermanence of our lives. Thoughts, feelings, experiences, people, faith, relationships, politics, identity, things (except maybe plastic bags) change; nothing is static. temp words is a journey through impermanence from my perspective as a mixed race woman of color in America. This is my edge, this is how I navigate through life: one moment at a time.

Twenty percent of the proceeds from temp words go to MISSSEY, a community-based organization in Oakland, California, whose goal is to eradicate the commercial sexual exploitation of our children. 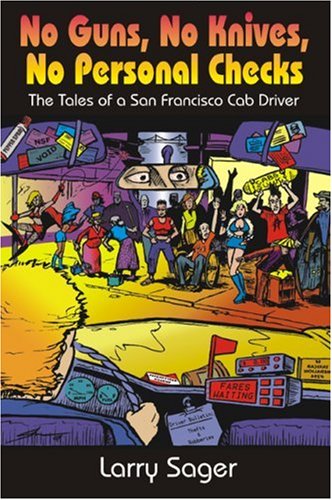 No Guns, No Knives, No Personal Checks

Driving a cab has been rated the most dangerous job in the United States, surpassing the risk of being a police officer. At the same time, it is most entertaining. Especially in San Francisco, cab passengers are from diverse and contrasting walks of life: the rich and the poor, the sorry and the psychotic—drug dealers, gang members, French tourists, hookers, derelicts, transvestites, muggers, and even other cab drivers. People sit in the back seat and share predicaments, a snippet of their lives. Sometimes a snippet is too much. 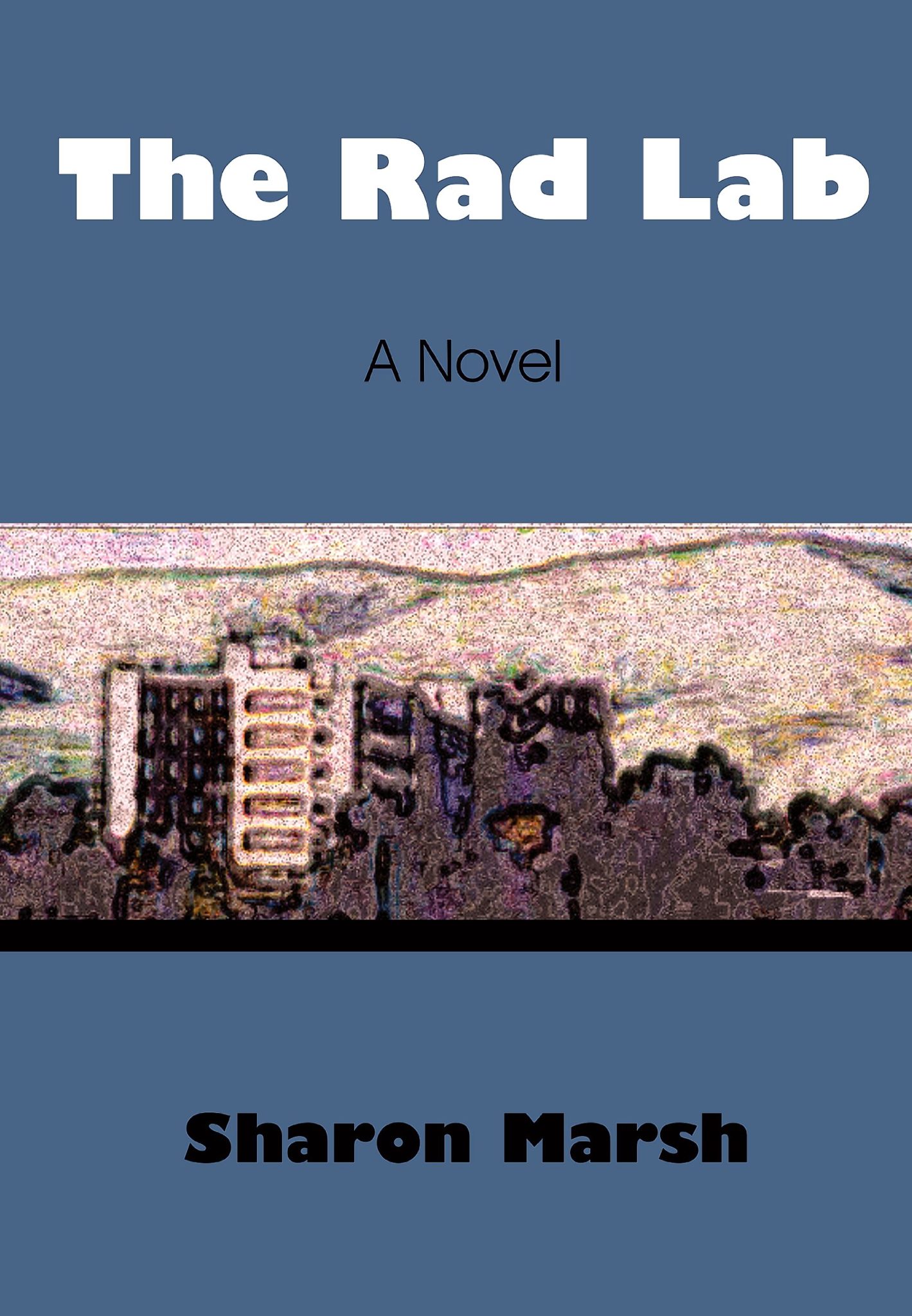 Set in the early seventies to mid-nineties, The Rad Lab is a novel about the rapidly changing environment of Lawrence Livermore National Laboratory in Livermore, California, a generous employer involved in nuclear research and other scientific endeavors. Inspired by the author’s observations and experiences over a thirty-year time span, it is by turns a quirky and soulful account of a diverse collection of characters maneuvering through the minefields of workaday life and romantic pursuits that often take them beyond the Lab’s campus.
The story begins when Sandra Dillon, the flawed protagonist, is cast out of the giant Engineering Department through her own error despite and because of affirmative action policies that are gathering steam at every level and challenging long-held expectations and roles.

Vowing to redeem herself, she is rescued by the manager of security and begins working alongside armed personnel in uniform and business suit going about the serious and interesting business of keeping the institution secure in accordance with Department of Energy regulations. Then one fine spring Saturday morning she shows up for work to discover the unwelcome surprise of her new, well-liked and much-admired boss in the building.

A peek inside the Rad Lab of the sixties would reveal among its 3000 plus employees an all-male, sworn police force protecting it, women office workers in skirts and dresses, IBM Selectric typewriters, telephones with clunky buttons, mainframe computers taking up acres of space, scientists clutching slide rules, and ashtrays as a Stores item. There are no women in management and promotions are done by inside recommendation.

Every employee from the craftsman to the director must undergo the “Q” clearance process in order to continue working there. Joyful when notified by the Badge Office that the clearance has at last been granted, the newly cleared would rush over to trade the red badge for a green one, then abide by the long-held tradition of bringing in donuts the next day for all his or her coworkers.

There is no driving onto the site, and Sierra Lines buses from all over the East Bay are lined up in the West Parking Lot waiting to take the outlyers home. None of that is true today nor will it ever be again. 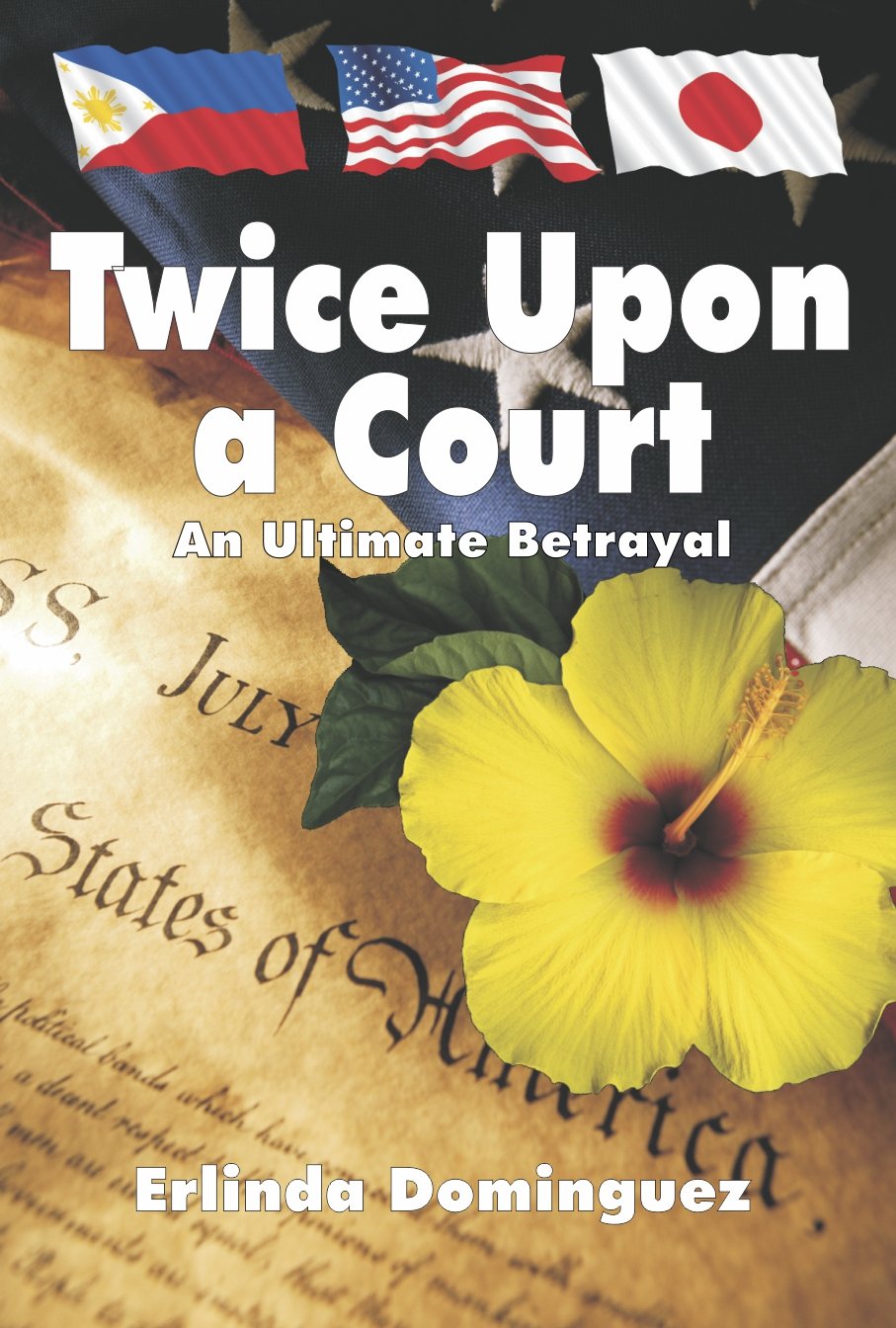 Twice Upon a Court

Twice Upon a Court by Erlinda Dominguez … a legal thriller that the reader can hardly put down until the finish. It is rare for a non-fiction civil case. The story “must be told” and should not be buried in time. It is deeply inspirational when tenacity is met with insurmountable odds. Events happened to the author noted for her exceptional skills, with countless number of clients who adored her. It is a travesty, but could not have happened to a better person who molded the events into a book–legally informative, but unbelievably easy-reading. The author had transformed a negative into something positive, as a powerful documentary. It is awesome to say the least!

With each day that passes, every hour, every moment, loss threatens our sense of security and immortality. Dori Bohntinsky, a Speech/Language Pathologist seasoned with health care experience, shares her recovery from the tragedy of loss when her fourteen-year old daughter, Cj, suddenly developed a rare form of leukemia. The Healing Room is an odyssey in discovering joy and inspiration during an eighteen-month journey through loss-the four-month illness and death of Cj, the death of Dori’s mother, and the death of Dori’s father.

“I admire your compassion, wisdom and humor, especially your ability to express your feelings and thoughts in such a clear and insightful way…. I wish you the strength, wisdom and love to be able to get through this part of your life. I hope that you can share your wisdom with others since you are such great teachers.”

It is my hope that by writing The Healing Room and sharing our losses and the way I discovered to journal, that others will discover their own ability to journal. I hope others will no longer fear touching their pain, sorrow and grief caused by any loss. I encourage all, regardless of the loss, to discover their own profound and compelling insights and experience the joy that follows when they enter the Healing Room